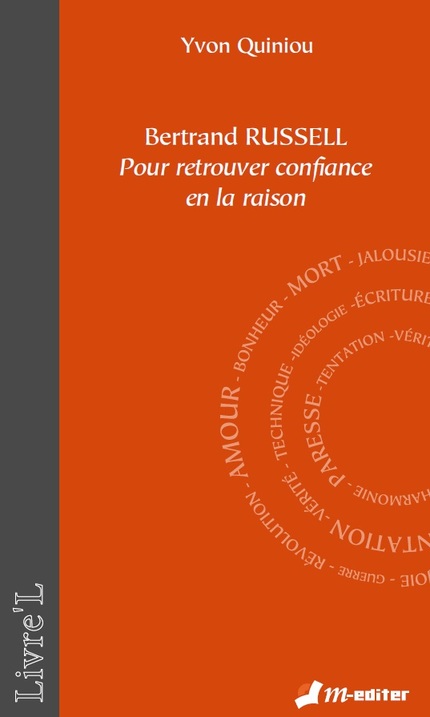 In this new book, Yvon Quiniou, continuing the critical reflection he has been conducting for years, intends to pay tribute to a great 20th century philosopher, Bertrand Russell, who he feels is not well enough known. If his reputation as a logician of mathematics is made, the other side of his work, in connection with his life, is largely ignored. It deals with a whole series of subjects that concern our individual as much as our social existence, but by examining them with the help of an uncompromising reason, without however falling into a narrow rationalism. This, and only this, makes it possible to understand the world against the beliefs, especially religious beliefs, that hide and mutilate us. But it is also open to the nature of man, psychological and social, even if it means making room for his infra-rational part linked to desires, which are an important source of our values, and intervening to regulate them and grant them to those of others. Hence his interest also in politics and a democratic socialism not very far from that of Marx, associated with peace. Behind all this is the concern to contribute to human happiness, whose well understood reason can be the instrument.